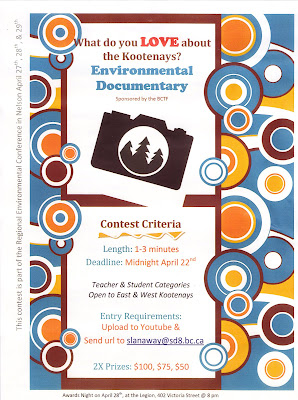 I had such great plans of devoting a bit more time to my blog, but alas, it's not to happen just yet. However, to sate you all, those of you who are still around, here's a sweet nugget from home. There really is no place like home, is there?

Hard to believe, but I am writing...sporadically. Just not anything that's ready for posting. I know, lame excuse, but that's life at the moment. To make up for it, I'll give you the recipe for a dish that will tantalize your taste buds and leave you begging for more. Now aren't those the best sorts of recipes? Let's hear it for mango chicken, the perfect accompaniment for jasmine rice. 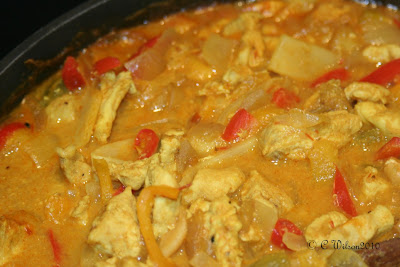 The haunting hour has passed. She looked at my pumpkins (there were four) and asked what I was going to do with them.

"Oh, I don't know," I replied. "Perhaps I'll make soup, or cook one up to make muffins, or if I feel really ambitious, ravioli."

"Pumpkin soup?" she questioned incredulously. She simply couldn't get beyond the pumpkin soup. 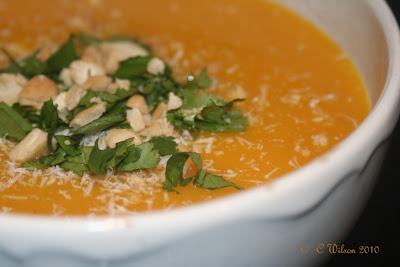 When she asked later about the pumpkin soup, I knew I had to make it. For those of you who have visited here often, you know full well that my cooking is more of an art than a science. Sure, if I bake, for the most part, I try to stick to the measurements, but cooking, it's all by feel. But the soup was so incredibly delicious, I'll try to remember what it was that I did.

Take 1/2 a sugar pumpkin, seeded and its innards cleaned and put it face down in a pan with just a little water. (Sugar pumpkins have the best flavour, so I wouldn't recommend making this with another type of pumpkin, but I am sure it would work equally well with an acorn or butternut squash.)

Bake at 400 degrees until its flesh is soft and mushy.

In the meantime, finely chop about 2 1/2 onions and saute on low heat with some butter.

Peal and core two apples (I used Spartans, but only because it was what I had in my house). Chop into chunks and add to onions.

When the pumpkin has finished baking, scoop the flesh away from the peel and put into the blender. Add chicken broth (or a full bodied vegetable broth if you prefer), the sauteed onion / apple mixture, 3/4 tsp of curry powder, salt and pepper to taste and blend. Transfer to a soup pan and add more chicken broth until the soup is at your preferred consistency. Heat until warmed through.

Garnish with grated Romano (or blue cheese if you'd like something with a little more flavour), chopped cilantro or parsley and some toasted pecans. Enjoy.
Posted by Carla at 8:28 PM 4 comments: 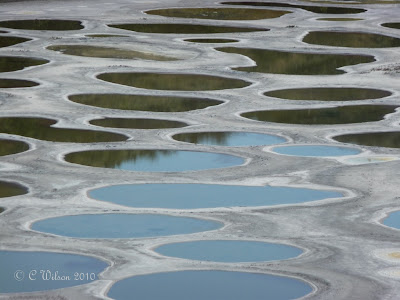 If you quit lying about me,
I will quit telling the truth about you.
Posted by Carla at 1:13 PM 8 comments: 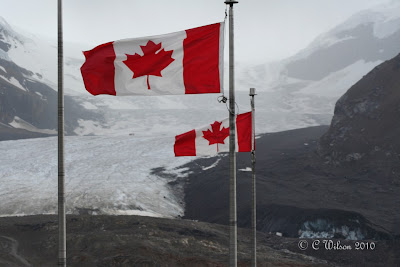 Your silence is as vast as my country.
Your breath, a gentle zephyr upon my beating heart.
Posted by Carla at 8:39 PM 2 comments: 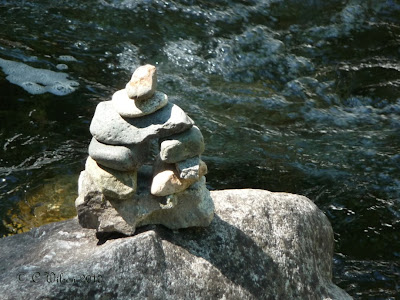 They always say time changes things, but you actually have to change them yourself."
~ Andy Warhol
Posted by Carla at 1:21 PM 7 comments: